How does the Polaroid SX70 work? 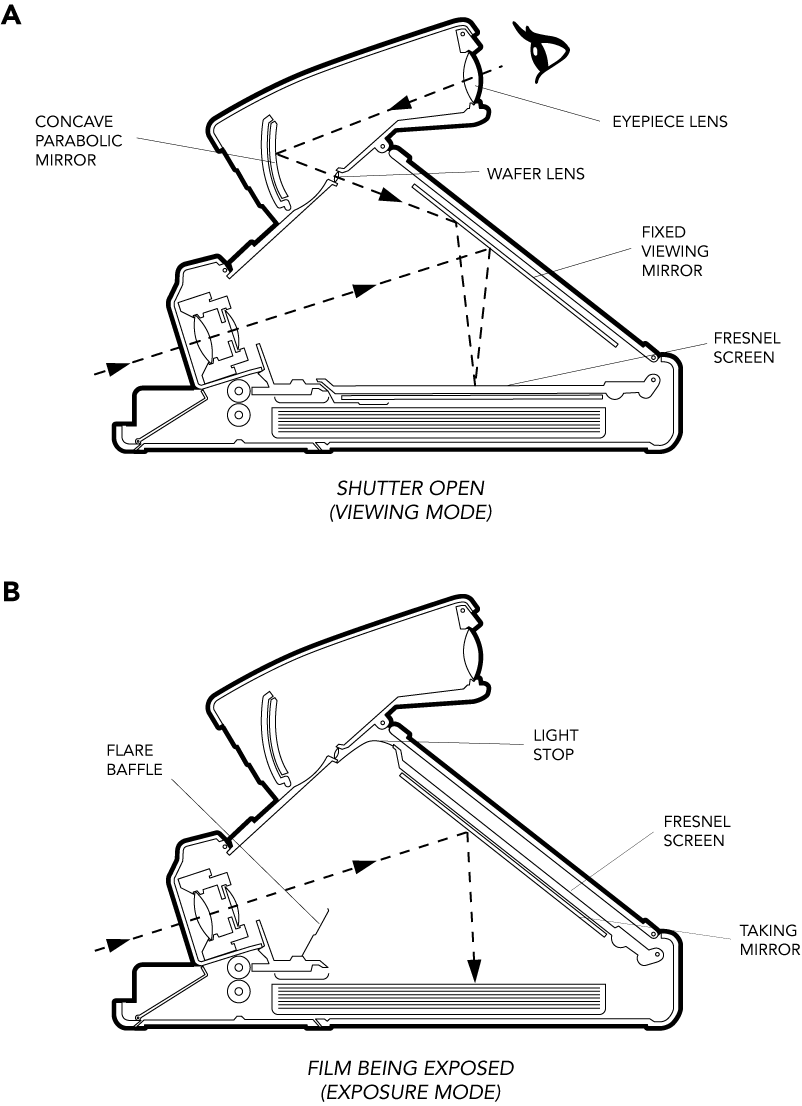 As mentioned previously, I've been slowly working through the illustrations in the factory repair manual for the Polaroid SX70 camera. Here's a couple of diagrams from it, reworked and hopefully made a little clearer, to show the basic light path (click to see the full size image). The camera's incredibly complex mechanism allows a remarkably clear, bright viewfinder image. 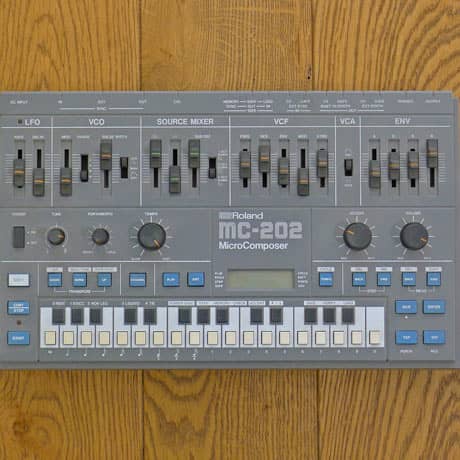 I was lucky enough to own several of these iconic machines over the years, and every one I ever encountered, I fell in love with. 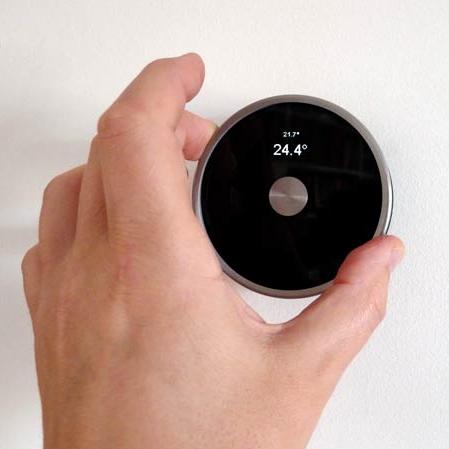 Check out my ongoing project to develop a cheap Nest-style WiFi home thermostat from off-the-shelf components.

Just been using some power tools in the sunshine and it was very easy to let the attention stray as people passed by or cars bleeped behind me. Power tools often have some form of dead man's switch which cut the power if you let go, but surely by then you may literally be a dead man. It got me thinking (after I'd turned off the power tools) that some form of attention monitoring could improve the safety of power tools.

So perhaps a simple gaze tracking system, that can tell if I'm looking at the cutting area, which can immediately cut power if my attention strays, before the tool has a chance to stray anywhere near me. This could improve accuracy and prevent accidents. 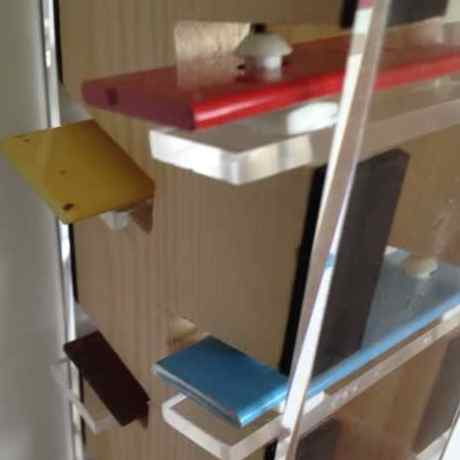 Some information about my ongoing project to recreate a piece of classic 1950s modern design from Charles and Ray Eames - the gravity-powered "Musical Tower" glockenspiel.

Google has been hassling site owners for months now about making their sites responsive and mobile-friendly. The two things aren't the same but the big G doesn't care, so I finally caved in to their nagging and jumped on the site to change the CSS.

This site always had a very simple stylesheet and a really basic structure, which lends itself to responsive design. Since the default width of the content is set to 680 pixels, and the widths are only defined in a few places, it was a snap to jump into the CSS and add a media query so that anything with a display resolution of more than 680 pixels wide gets the original versions of the rules, and the rest get a new version with a reduced width, in this case 340 pixels.

Throw in a few extra rules to reduce padding and margins for the smaller display, and another two to handle a couple of fixed width objects. All done in ten minutes and Google can stop calling me.

Just a walkthrough of my homemade Time Capsule based on some old hard drives and low-cost hardware. Spent a bit of time last week hacking a Seagate GoFlex Net into an old rackmount server case which I cut down and converted to use SATA drives. Result is a nice super low-power network accessible storage array in a small space-saving casing.