Instant illustration of an SX70 camera 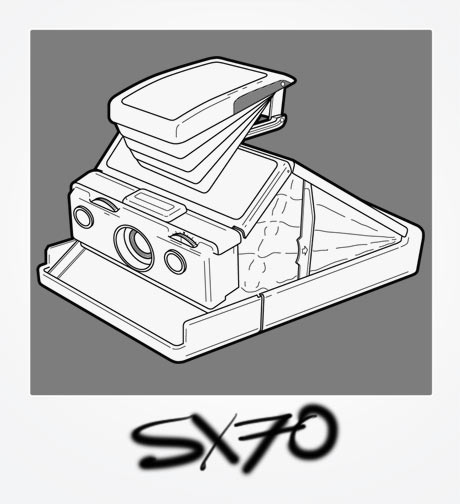 The SX70, initially released in 1972, is still a technical marvel - a brushed steel* and leather box that expands with an intricate folding mechanism to reveal a manual-focus SLR camera capable of producing prints at the touch of a button.

I recently found myself reading the repair manual for this camera and poring over illustrations and exploded views. The original document may have been useful but the current electronic version left much to be desired, with most diagrams corrupted by successive low res scanning/copying. Therefore I've begun work on recreating them as modern vector lineart - just a few to start with but as time goes on I shall try to add more

*In reality, the body is constructed of metalised plastic - plastic coated in a thin metal film and treated to resemble brushed steel.